Molly Sides on ‘Danger Diva,’ Being Covered in Fake Blood, and How She’s Not Always an Extrovert 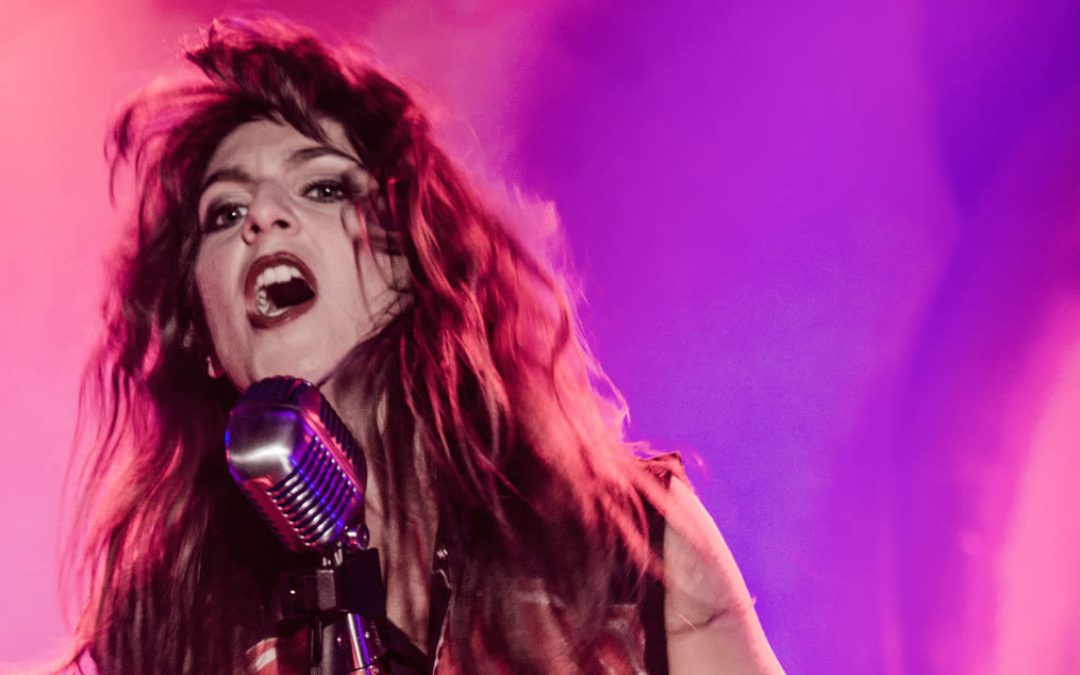 The voice of Thunderpussy pulls back the curtain on the Seattle-filmed sci-fi musical, which screens at the Northwest Film Forum this weekend.

Molly Sides is best known as the larger-than-life lead singer of iconic Seattle rock group Thunderpussy. In Danger Diva she plays the even larger Devi Danger—a rock singer whose cybernetically enhanced talents make her an unwitting tool for some real evil tech billionaire types. The sci-fi musical—directed by Robert McGinley (Shredder Orpheus, Jimmy Zip) and shot entirely in Seattle—begins a new October theatrical run at Grand Illusion Cinema. But first, Northwest Film Forum hosts a special screening of the film followed by the premiere of Thunderpussy Live at the Egyptian.

A life-long performer, Sides chats about the challenges in making a feature-length versus performing on stage with her band, and the ways she’s definitely not like her Danger Divacharacter.

Was it weird watching yourself play someone else when the film premiered back in April?

Yes, very. We did a special event at the Egyptian and Thunderpussy played afterwards. But I was like, “I don’t think I can watch this.” I hadn’t seen it before. So for the event I thought I’d just sneak in before we had to play. But everyone said I had to watch it. My mom was there. The whole event felt so warm. So after I few moments I was like okay, this is fun. It’s a fun event. Everyone who was a part of the film was so awesome.

Did it take much convincing for you to do a feature-length?

At the time I was interested in a new challenge. I grew up doing musical theater, and I’d always wanted to be in a film. I’ve done little commercials here and there. I’ve done a lot more choreographing and staging for music videos and commercials because I love being able to frame things.  But I really did want to be in a feature-length. I miss acting, kind of disappearing into the different character cloak.

No matter when you share something, you’re giving a part of yourself. I feel like that every time I go on stage, it’s a different day, I have a different emotion. With the film, I really was embodying the intensity of Devi every day. On stage when we perform as Thunderpussy every night is so different because of the crowd. You’re playing off of so many elements.

Sounds like it could be draining to step into such an intense character every day.

It was fun, even with the pure exhaustion of 12, 14, 16 hour shooting days. It would have been a different story with a different crew, if the crew was shitty or unhappy. But every day, people were in it together. Robert was so excited. I didn’t want to let anyone down.

Are there ways in which you’re specifically not like Devi?

Definitely. Devi is always feisty and really stubborn. She’s constantly trying to stimulate herself. I’m trying to find ways not to do that. I’m not always an extrovert. But there were definitely days during shooting when I was just like “Oh there’s Molly.” We shot pretty much every day for the month of August, so I really didn’t feel much divide. I’d go home, take a really long shower to get all the dried blood off my body. Then I’d go to bed, wake up, do it again.

You covered in blood notwithstanding, any life imitates art moments?

Well, the love interest in the band is the drummer. And at that time we didn’t have a drummer. And we were playing with different drummers to see who vibes the best with us. So it was kind of perfect timing and strange that we shot the movie during that time too.

Was it fun shooting around Seattle?

It was really fun shooting around Seattle. Especially the SoDo area. The cast and the crew were Seattle. That was the coolest part about this project. Seeing the production team, the art team, the actors, the dancers, everybody. All Seattle. When all these people can come together it’s an explosion. It was great to see Seattle in a different light. And also through the lens of Robert, who filmed his first movie here in the ’80s. What a gift! People stay and are still creating in this city.

Any secret plans to hang up the mic and act full time?

My priority is definitely the band. That’s important to me. They’re my family. With that said, if I can make movies and make music and tour and shoot the same, that would be a dream come true.